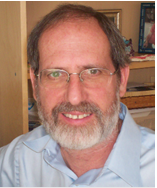 Donald Specter is the Executive Director of the Prison Law Office.  The Prison Law Office is a nonprofit public interest law firm based in Berkeley, California that provides free legal services to adult and juvenile offenders to improve their conditions of confinement.  Mr. Specter has been lead counsel in numerous successful institutional reform cases.  He has twice argued successfully before the U. S. Supreme Court, including Brown v. Plata, 531 U.S. (2011) which ordered California to dramatically reduce its prison population.  Mr. Specter received the California Lawyers of the Year Award in 2006 and 2009 and was selected three times as one of the top 100 lawyers in California.

The UC Criminal Justice & Health Consortium at UCSF is an emerging community of over 100 health and criminal justice academics and researchers representing all 10 campuses of the University of California system, and over 20 areas of study, including medicine, the law, criminology, public health, sociology, psychology, nursing, economics, and many others.  The Consortium’s primary purposes are to support UC faculty and trainees to develop and disseminate policy-oriented evidence for health-focused criminal justice reform; and to help policy makers and criminal justice professionals gain the academic tools they need to make and measure transformative innovations that can lead to criminal justice health reform.  The Consortium is funded by a grant from the University of California Office of the President.