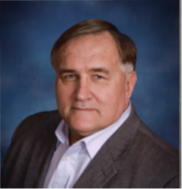 Donovan Foughty is a district judge of the Northeast judicial District in North Dakota.  He was admitted to the State Bar in 1983.  He began his judicial career by election to the county bench in 1987.  He was elected to the district bench in 1995 where he continues to serve.  He served as a trial judge in tribal courts in North Dakota and as an appellate court judge for the Northern Plains Intertribal Court of Appeals in Aberdeen, South Dakota.

Judge Foughty chaired the Tribal/State Court Forum in North Dakota with a final report being submitted to the Chief Justice in December of 1993.  He chairs the standing Committee on Tribal and State Court Affairs.  He is a past chair of the Judicial Conduct Commission.  He co-chaired the North Dakota Commission to study Racial and Ethnic Bias in the Courts submitting a final report to the Chief Justice in June of 2012.  He now sits as chair of the Minority Justice implementation Committee.  He sits on the board of directors of the National Consortium on Racial and Ethnic Fairness in the Courts.  He chairs the Justice Commission for Three Affiliated Tribes, Fort Berthold Nation in North Dakota.  She commission has court oversight duties.