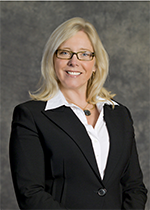 Shannon Taylor was elected the first female Commonwealth’s Attorney for Henrico County on November 8, 2011.  She took office on January 1, 2012, and was re-elected for her second term on November 3, 2015.  She continues to be committed to mental health, substance abuse, and criminal justice reform, while aggressively prosecuting violent offenders to Keep Henrico Safe.

Ms. Taylor was the senior trial attorney with the law firm of Boone Beale from 2008 through December 2011. Shannon was the Special Counsel for the Richmond Multi-Jurisdictional Grand Jury (which included Henrico, Richmond, Chesterfield and Hanover) from 2004 to 2008. In that capacity, she was involved in hundreds of drug and homicide investigations, and worked with more agencies, including Virginia State Police, Alcohol Beverage Commission, and Commonwealth’s Department of Taxation, giving her even more prosecutorial experience.

Once she graduated from law school, Taylor went to work for the Richmond City Commonwealth’s Attorney’s Office where she experienced virtually all areas of criminal law, from juvenile and domestic relations to drugs to homicides. Her aggressive and successful prosecutions led the Commonwealth’s Attorney to twice assign her as a Special Assistant US Attorney to the US Attorney’s Office in Richmond where she handled gun cases arising from Project Exile and violent crime cases with the expansion of Project Safe Neighborhoods. As a state prosecutor, she also interacted with the community, working with neighborhoods and community associations.